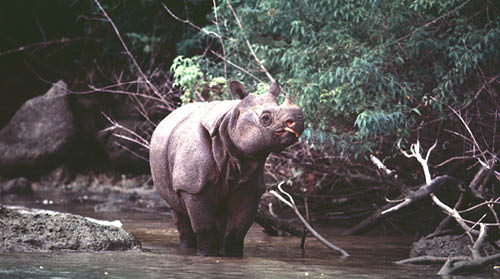 The biggest threat to the Javan rhino is that all remaining rhinos live in one, small location, Ujung Kulon National Park, on the western side of the island of Java. This makes the species extremely vulnerable to natural disasters and disease, and therefore efforts to increase habitat for this species are critical. Thanks to habitat expansion and the clearing of the invasive Arenga palm, the Javan rhino population is slowly growing, with new calves spotted in 2019! 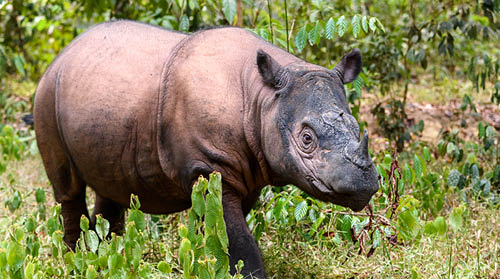 The Sumatran rhino was almost poached to extinction throughout the 20th Century and now, the only animals that do remain are isolated in small pockets across a handful of remote locations. This makes it hard for the individuals to find a mate and boost their population numbers. Efforts now focus on boosting the number of animals left through captive breeding in semi-wild facilities, to secure a future for this extremely rare rhino. 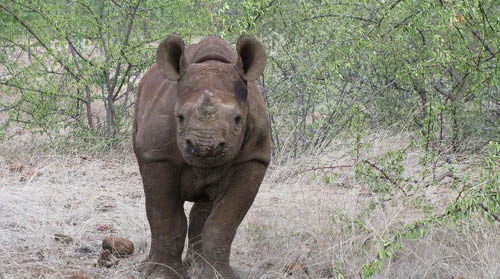 Large-scale poaching saw black rhino populations decline from around 70,000 individuals in 1970 to just 2,410 in 1995 – a dramatic decline of 96% over 20 years. Thanks to persistent conservation efforts across Africa, black rhino numbers have risen since then to a current population of between 5,366 and 5,627 individuals. Importantly, their geographic range has also increased thanks to translocation programs. 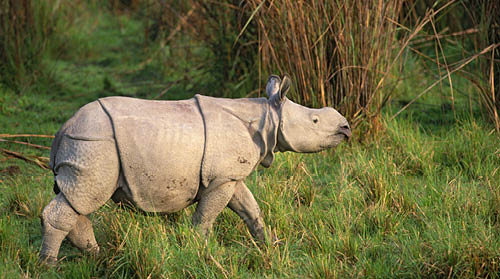 Greater one-horned rhinos have made a startling comeback from the brink of extinction. By 1900, fewer than 200 individuals remained but now, after decades of concerted efforts in both India and Nepal, there are more than 3,580 individuals and their population continues to increase. Although poaching remains a high threat, particularly in Kaziranga National Park, the need to expand their habitat to provide space for the growing population is a key priority. 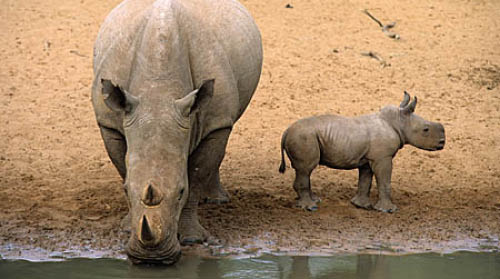 The overwhelming rhino conservation success story is that of the Southern white rhino. The white rhino recovered from near extinction with numbers as low as 50 – 100 left in the wild in the early 1900’s, this sub-species of rhino has now increased to between 17,212 and 18,915, with the vast majority living in a single country, South Africa. The Northern white rhino, however, has only two females left (in Kenya), after the last male, Sudan, died in March 2018.